Home » Blog » What is special about Moringa?

What is special about Moringa?

What is the noise about Moringa all about? Click To Tweet Could it be just exaggerations, folklore, rumours associated with the less educated? It is true that there is a lot of noise about moringa.

‘Moringa Oleifera’ was a common and well-known plant in Eastern Africa where it was recognised and recommended by international organisations as a good supplement. In fact, Moringa became a useful plant for malnourished children and adults, as it contains so many nutrients. Click To Tweet. It is commonly referred to as drumstick, a name derived from the shape of its long seed-pods, which resembles drumstick. Its other names are horseradish because root tastes like the plant horseradish.

Many of the claims about moringa still belong to the realms of folklore as they are not backed by scientific evidence. This could be because not many scientists have carried out analysis of Moringa. For Nigeria, we almost always need to depend on research findings of foreign researchers to gain scientific knowledge of local plants. Interestingly, many of the scientific conclusions often corroborate the existing understanding of the domestic use of the plants. Many, not all, as some of the claims are false and outlandish. Moringa grows well in tropical areas. Originally a native of India, it is widely cultivated in east and west Africa, including Nigeria. 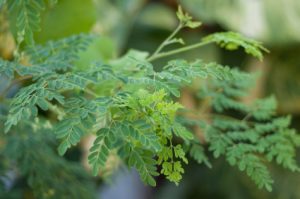 I will write in more detail about the medicinal uses of Moringa, its health benefits and method of application in subsequent columns. Today, I want to share with you readers a conversation between a retired American Naval officer and me. The officer is a licensed Moringa farmer in America and has one of the largest organic Moringa farms in the United States of America (USA).

Below is an extract from his email conversation with me where he shared his experience with Moringa use:

‘During a business/pleasure trip to Tokyo, Japan where I lived nine years while in the U.S. Air Force, I met with some old friends and one of them introduced me to Moringa and Maca. In Japan, they sell Moringa as Memory Tea. My friend asked me to market the memory tea in the U.S., but the shipping cost was a tremendous hindrance. Nonetheless, I was searching for a product to feed my farmed fish to cut down the cost of feed–the goal was to be able to claim organic tilapia. I brought back a sample of the Moringa which adapted to Louisiana, and I began to grow it thus becoming the only USDA Certified Organic producer in the U.S

I have plenty of stories about Moringa that it would require a series of books, but I can only express my own experience because I had kidney problems having to get up five to 10 times each night to go to the bathroom to urinate. When I started reading more about Moringa, and I started using it, then my constant urinating problem went away. My wife had a continuous cough for more than 25 years, and after about six months of drinking Moringa tea, it went away. Click To Tweet I also had an allergen problem for many years, and it too disappeared. After I became the only USDA Certified Organic producer of Moringa, people began calling me and coming to visit me and buying my product, and I was not even advertising anything, but USDA was doing the advertising for me. 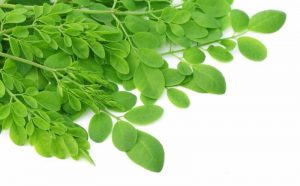 The most nutritious plant in the world.

At a time, I received a visit from a person that had stage IV cancer who had received chemotherapy at three different times and received treatment at MD Anderson in Houston, Texas which is considered the number one cancer hospital in the U.S and they told the patient that her body could not take any more chemotherapy after spending over $1.5 million on her treatment and that she had six months to live. She was advised to consider a natural alternative and was referred to me. I asked the patient if she was told what caused her cancer and she said no. I recommended her to have a toxicology/mineral hair analysis and that from there I would develop an individual natural immunology treatment for her according to the results.

The date that we performed the hair analysis was March 18, 2014, and she had an excess of Arsenic and Aluminium, as well as cadmium and mercury.

All of her minerals were below the minimum, and some were extremely low or non-existent. I put her on a Moringa and other herb immunotherapy programme and on about June 30, 2014, we had reduced her aluminium by more than 50 percent in about a 90-day period, and her arsenic had increased. I told her, either there is arsenic in her well water, or someone is trying to kill her slowly. To make the story short, she did not die in six months, and in three years she did not have cancer.

I believe there are many other stories like the above from many people. My American friend wants me to collaborate with him in writing a book that will document all these stories. But I am also keen on teaming up with Nigerian scientists to collate and document the existing body of scientific work on Moringa. In this way, we can combine the theory and practice.

What is special about Moringa?