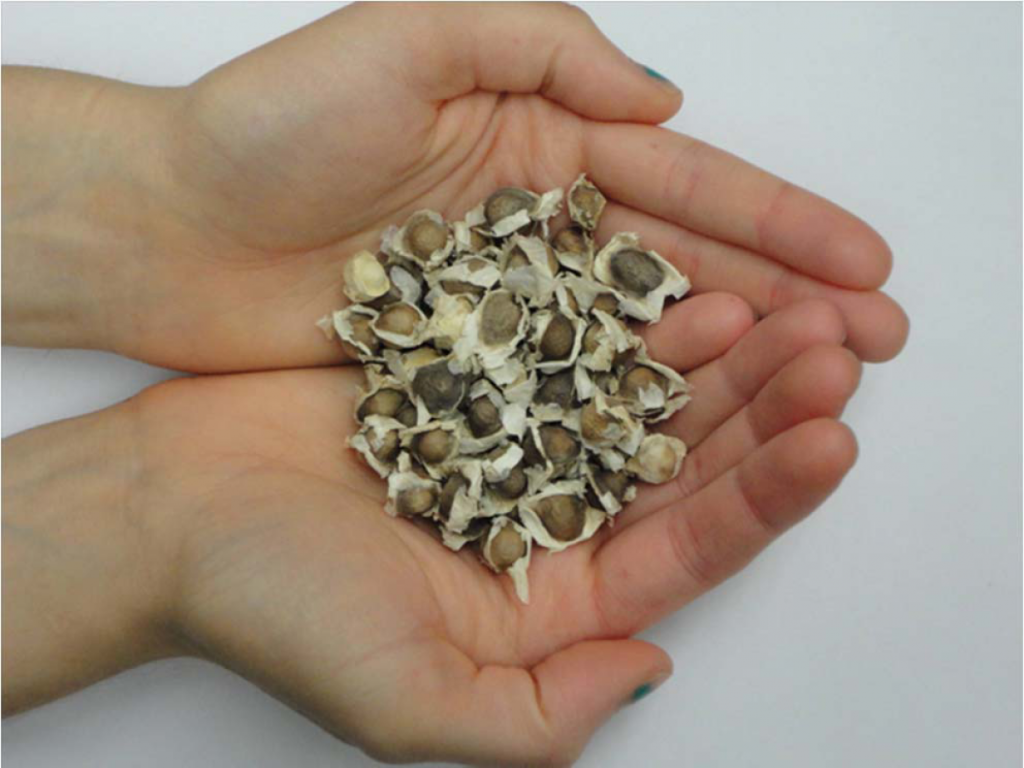 Clean water is unfortunately out of reach for hundreds of millions of people around the world, contributing to a vicious cycle of poverty and disease. People who have to spend large amounts of time finding safe water to drink don’t have time for other things like education or work, and contaminated water often harbours deadly diseases. But there is hope, in the form of nanotech filters, light-based water purifiers, and an ancient Egyptian seed. Click To Tweet

In ancient Egypt, people used the crushed seeds of the Moringa oleifera tree to clear up cloudy water. Click To TweetScientists later discovered that a protein in the seeds kills bacteria by gathering them into clusters which sink to the bottom of the container.

In a recent paper in Langmuir, researchers at Penn State announced that they’d solved a piece of the puzzle: how the protein kills the bacteria. It seems to fuse the membranes of the bacteria together. Membranes are designed to protect a cell, so when those defences are breached, it’s bad news for the bacteria. 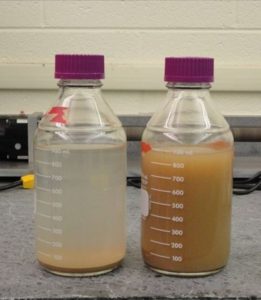 The bottle on the left has been treated with crushed seeds, which cause the bacteria to clump together and die.

The researchers also worked out the best time to harvest the seeds. Until now, harvesting the seeds at the peak of their useful protein was guesswork. People knew that seeds harvested at different times had different abilities to clean water, but the differences hadn’t been quantified. The new research found that the proteins were at their strongest cleaning ability when harvested as mature seeds during the rainy season.

Eventually, the scientists hope that the seeds can be grown and harvested in areas where they are most needed. Other parts of the plant are edible, making it useful for not only cleaning water but providing a nutritious source of food for communities. Click To Tweet