This year’s big new Moringa superfood – but is it really good for you?

Moringa Superfood for the “first world”

Moringa Superfood has become a modern tradition that each new year should bring with it an obscure superfood to weigh on our consciences. In 2018, it is the turn of moringa, a “miracle tree” indigenous to the foothills of the Himalayas, but widely cultivated throughout India, south-east Asia and East Africa, too. Entirely edible, from root to bark, fast-growing and drought tolerant, with seeds that can purify dirty water, it’s such a valuable resource in many regions that the Food and Agriculture Organization of the United Nations has named it the crop of the month.

It is also, apparently, pretty good news for the rest of us: Moringa superfood has been touted by Time magazine as “the next quinoa”, while the Huffington Post reckons it’s “about to be huge, and you should know about it”. But some of the claims made for it – such as the assertion by “nutritionist and beauty expert” Kimberley Snyder that “it has twice the protein of spinach and three times as much iron” – should be treated with a degree of caution. Although moringa leaves do indeed contain high levels of iron, a study published in the journal of the Federation of American Societies for Experimental Biology last year found that its bioavailability (the amount that enters the body’s circulation) is “very low”. In fact, its phytic acid content “appears to strongly inhibit absorption of iron present in other components of the diet”.

That said, the same journal has published more promising evidence for the anti-inflammatory qualities of moringa extract, which early studies suggest may be more potent than last year’s darling, turmeric. Moringa superfood contains the full complement of amino acids, and is a good source of vitamins C and A, and various minerals – but with the dried powder on sale for £40 a kilo, at the moment it’s hard to recommend it over a basketful of fresh produce at one-10th of the price. 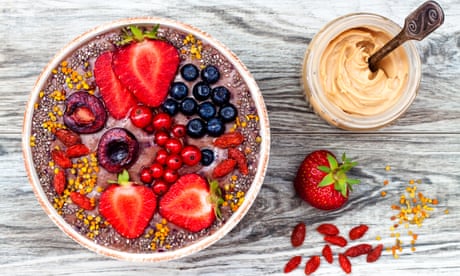 The truth about superfoods

If you are curious, you’ll find fresh moringa leaves and seedpods, sold under a variety of names including “drumstick”, in Indian and African grocers, and the powders online or in health food shops – look for fair-trade versions. You could stir a little of the latter into a smoothie to try to disguise its flavour (politely described as “earthy”), but you’re more likely to enjoy a curry made with the more spinachy fresh leaves or okra-like pods.

Is moringa a superfood? If you live in an arid environment with little access to fresh greens, then very probably. Until further research is done, however, most of us would probably be better off with a bag of kale.