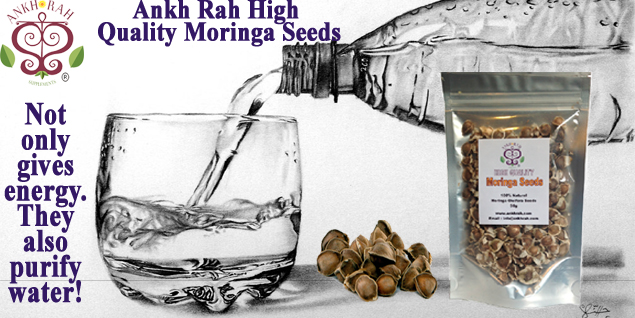 Proteins from the Moringa oleifera plant – a tree native to India – can help effectively purify water in developing nations at a low cost, say, scientists. The plant – commonly known as the drumstick tree – is cultivated for food and natural oils, and the seeds are already used for a type of rudimentary water purification. 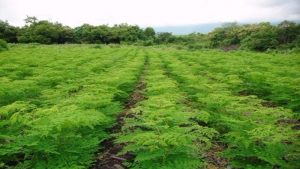 However, this traditional means of purification leaves behind high amounts of dissolved organic carbon (DOC) from the seeds, allowing bacteria to regrow after just 24 hours. This leaves only a short window in which the water is drinkable.

Researchers from Carnegie Mellon University in the US used sand and plant materials to create a cheap and effective water filtration medium, termed “f-sand.”   F-sand was created by extracting the seed proteins from the Moringa oleifera plant, and adhering them to the surface of silica particles, the principal component of sand.

It kills microorganisms and reduces turbidity, adhering to particulate and organic matter. These undesirable contaminants and DOC can then be washed out, leaving the water clean for longer, and the f-sand ready for reuse. According to the United Nations, 2.1 billion people lack access to safely managed drinking water services, the majority of whom live in developing nations. The Moringa oleifera plant tree is native to India and grows well in tropical and subtropical climates.

Moringa: For food, for climate

The World Health Organisation (WHO) and other international humanitarian relief organisations have used moringa to combat malnutrition in many parts of the world because it is a nutrient-rich plant, which could substitute other mainstream food

Without a doubt, climate is deteriorating. Changes in the mean temperature, irregularity in the seasons and increasing cases of extreme weather are much evident, and at the same time, food security is also in peril. Many scientists have predicted that climate change will disproportionately affect the rural poor and marginalised communities, and Nepal is threatened by this prediction. As such, an intervention is required, particularly to address these issues, and moringa cultivation offers a holistic solution in many ways.

In a sense, it is quite absurd that 70 per cent of the world’s food supply comes from just three grains, i.e., corn, wheat and rice, and 80 per cent of our plant-based food intake comes from just eight grains and four tubers. According to the FAO, our present agricultural system is responsible for about 14 per cent of the green-house gas production. So, there is a dire need for an alternative and good back-up for the present food monoculture.

Moringa (Moringaoleifera), also known as “miracle tree” or “drumstick” in English, “Sheetalchini’” in Nepali, originated in India, and gradually dispersed to Asia, Africa and South America.

The absolute number of people facing chronic food deprivation has increased to nearly 821 million in 2017, from around 804 million in 2016. The World Health Organisation (WHO) and other international humanitarian relief organisations have used moringa to combat malnutrition in many parts of the world because it is a nutrient-rich plant, which could substitute other mainstream food crops and solve the hunger problem.

Not only for humans, moringa leaves can be used as a supplement in livestock feed and increase up to 32 per cent of the daily weight gain. Fresh moringa leaves can be cooked and eaten as a vegetable or processed into tea, powder and other pharmaceutical preparations. Moringa leaves, shoots and seeds can be used as green teas with tremendous results. The juice extracted from the fresh leaves of the flora is said to work like a growth hormone that can increase crop yield by 25-35 per cent.

Having said so, the question arises: How can the marginalised and poor people utilise this ‘miracle plant’, as such agriculture practice incurs noticeable cost for input and nurture? Moringa, in fact, is a hardy plant and doesn’t demand stringent requirements. It is fast growing and well adapted to growing in adverse conditions where many other plants would not. An estimated 95,000-16 million plants can be cultivated on a hectare, with an average yield of 2 kg of leaves per harvest, and the product can be harvested for up to a maximum of 10 years.

Unlike mainstream crops, it doesn’t require intensive care – homemade compost and manure application with sporadic irrigation just to make the soil wet is sufficient for optimum result. It can be grown under high-density monoculture, or intercropped with other crops like the cowpea. Flooded land, dry river bed or waste land which is otherwise unused could be utilised for moringa plantation and hence, even the marginalized people can savor its benefits.

In addition, the leaves of the moringa plant are rich in micronutrients like beta carotene, calcium, magnesium, potassium, protein and vitamin C, to name a few. Its leaves and fruit have therapeutic potential for the prevention of cardiovascular diseases.

In a study by Biomed Research International in 2015, the plant was shown to have anti-diabetic effects as well. Thus, it can serve as an effective tool to combat malnutrition in a child, anaemia in lactating women, other several nutrient-deficiencies and promises reliable food stock to produce a healthy population.

Moringa is a very fast growing tree and grows easily and rapidly. It is also known as a “Never die” plant because of its adaptability to the weather, soil and other environmental variation. It can thrive well in semi-arid, tropical and subtropical areas, however, it cannot stand the chilling climate. The heavy flushes produced by the trees even during the dry season act as good sink for carbon dioxide absorption and utilisation, thus reducing the level of atmospheric carbon dioxide, which is one of the major causes of ozone layer depletion and global warming.

According to a Japanese study in 2009, the rate of assimilation of carbon dioxide by the moringa tree was 20 times higher than that of general vegetation.

It is estimated that if moringa is extended from 100,000 hectares worldwide to 1 million hectares, it would sequester about five billion metric tons of carbon in their trees. Also it helps to reduce dependency on forest for other fuel wood.

Nepal, with 23.38 per cent of its people under the poverty line and being highly vulnerable to climate change, has wide scope for moringa plantation. At present, not much research has been done on moringa cultivation. Imminent threats from food security and climate change could be addressed if initiation for systematic and scientific research as well as extension of the moringa is done at different agro-climatic regions of Nepal. It can bring about a positive upheaval in the existing food realm, and the process can even mend the environment. Thus moringa is a win-win.

Bajagain is employed at Climate Change Adaptation in Agriculture Project