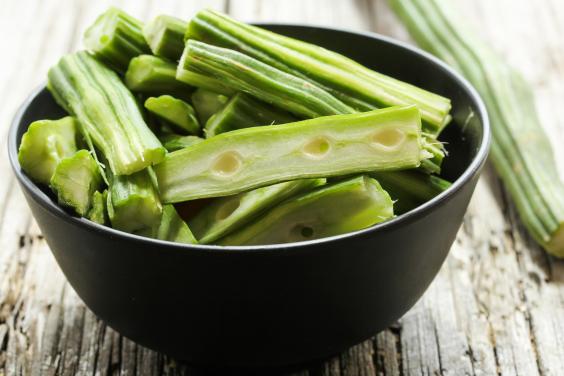 I Grew Up Eating This Common Indian Vegetable. Now It’s a Wellness ‘Superfood.’!

Halfway through a travel story about a miracle plant called moringa, I stopped reading. An American woman traveling through the Caribbean had been offered a couple of raw moringa seeds by her local guide, who swore they were the secret to a healthy life. A photo of the seeds showed that they came from greenish-brown, knobby long pods, kind of like drumsticks.

I had never heard of moringa. But I knew those drumsticks. After a few minutes of Googling, I realized what I had been reading about. In Tamil, one of the many languages spoken in India, it’s called murungai, a vegetable commonly found in south Indian kitchens. The name wasn’t very different, but this mystical plant, the next big superfood and antidote to all things bad, Click To Tweet was not what I had in mind.

The moringa tree, native to India and other parts of south Asia, grows quite commonly in tropical and subtropical climates. In the Philippines, where it’s called malunggay, moringa leaves are cooked regularly. It’s also grown in the Caribbean, the Pacific Islands, Latin America, and across Africa, including Ethiopia and Sudan, where moringa seeds are used for their water purification properties. Because of its nutritive value and ability to withstand severe drought, moringa trees have been used to combat malnutrition.

Growing up Tamilian in south India, I have been eating murungai drumsticks my entire life. Almost every part of Moringa oleifera, also called the drumstick or horseradish tree, is edible. Parts of the root and bark, though less popular in cooking, have medicinal properties. The leaves cook down into a slightly bitter spinach-like stir fry. Its delicate white flowers come apart when simmered in sambar, a south Indian lentil stew, or steamed with basmati rice to make a fragrant pilaf.

The ribbed drumsticks, typically cut into finger-length pieces, are best eaten in sambars as well, or sautéed in a simple semi-dry curry, with onions, curry leaves, chopped tomatoes, and an assortment of whole and powdered spices. A signature dish of the southern state Kerala is avial, a traditionally thick coconut-based dish that prominently features drumsticks. Once cooked, the inedible exterior of the pod can be easily split to reveal a fleshy interior with pea-sized seeds. Scrape the pulp out and toss the rough skin. It’s slightly sweet, somewhat earthy, but subtle enough to melt into whatever it’s cooked with.

Studies point to the plant’s litany of therapeutic and nutritive properties — a powerhouse packed with iron, Vitamins A, B and C, protein, and potassium. And with the moringa tree’s roots in Ayurveda, it was really only a matter of time before the humble plant went from muted appreciation to wild celebration as the next exotic health fad. Believers describe an energy boost that comes from a daily dose. Vogue extolled its virtues as the next superfood. It’s a must-have skincare ingredient, according to Harper’s Bazaar. Well + Good proclaimed 2018 as the year of moringa.

In countries like the United States, where fresh moringa isn’t easily available, moringa-based supplements like capsules, teas, and dried-leaf powders scooped into smoothies and juices, have filled the void. Often imported from India, West Africa and the Caribbean, moringa powders are packed in six to 16-ounce bags for $15 to $24 each. One company that does carry fresh moringa grown in Florida sells half a pound for $10. At my local vegetable market in Bangalore, murungai leaves are sold in loosely-tied bunches, each holding about two dozen stalks that yield a cup of leaves (enough for a sambar or stir-fry), for 15 cents.

Kuli Kuli, a U.S.-based moringa company, has said the leaves surpass superfood titans like turmeric and kale in anti-inflammatory benefits and nutritional content respectively, but the similarities don’t end there. Like moringa, kale was elevated from an ancient, humble European vegetable to the trend that wouldn’t stop trending. Turmeric too. As Moringa green smoothies pop up across Instagram, turmeric’s “golden” latte moment is hard not to recall. From the cupboards of every brown kid’s kitchen to cafés around the world, a cup of turmeric-infused milk was seen as a cure-all for everything from mild pain to digestive issues, because it’s no longer enough for health fads to be healthy. They have to be healing, too.

Shortly after my brush with moringa, I was at my grandmother’s home in Chennai. We sat down to a late lunch, and she lifted the lid of a glass bowl to reveal a thick brown goat curry, cooked with onions, tomatoes, and chopped murungai drumsticks plucked from the tree behind her house.

“Fresh from the garden,” she said.

The leaves, she said, were especially good for you, and she sometimes took a handful from her tree and blended them with honey and lemon for a refreshing drink. Click To Tweet I asked if she knew that murungai was the latest health craze of the west and that expensive teas and moisturizers were being sold everywhere. She looked at me dismissively and we started talking about something else.

When I got back home from Chennai, I unpacked my duffel bag and found two drumsticks, fresh from the garden. I could have attempted a smoothie recipe, or chewed on the raw seeds, but all I really wanted was to eat them with sambar.

Why aren’t we eating more moringa?

They are packed with nutrients, tasty, versatile, affordable and found just about everywhere

As we drove from Nagercoil to Thiruvananthapuram, I saw the flash of the the Golden Rain Tree (Cassia fistula ) trees laden with yellow flowers, flowering before time, a harbinger that the hot days are here. I saw moringa trees (Moringa oleifera) on both sides — one for every home — laden with fruits and flowers that made my farmer-heart beat faster: the pretty, small, white flowers are beautiful to look at and delicious to eat; the fruit (drumstick) hanging pendulous, long and green.

I wonder when I began to see the beauty in the moringa tree that one usually took for granted. Do people use all the drumsticks that grow in plenty or do they let it go waste? We are constantly running after super foods for immunity, to reduce weight or for anti-oxidants. How is it that we are not chasing one in our own backyards available in such plentiful? Why are we not eating more moringa?

I remember thinking grumpily to myself that when I grew up I would ban idlis and moringa from my kitchen. This was because my mother served both all the time. Idlis for convenience and moringa because we had a tree in the yard that gave prodigious amounts of fruit, leaves and flowers. I now know that tree was her budget lifeline. She cooked with them at every opportunity. This was the cheapest and easiest vegetable she could get hold of. We had dals with the leaves and aviyal and poriyals with the fruit and flowers…We dreaded the moringa days.

When we moved into our home a few years back, I spied the gnarled moringa tree and got a new stump from a gardener friend, which grew tall. Over shadowed by the splendour of our jamun tree, they barely fruit. On the rare occasion it fruits, it gifts us a three-foot-long fruit. The other one fruits way above the roof, out of reach. But neither is laden with fruits like the slender moringa trees I see on the roadsides, standing in the hot sun, branches aloft; gifting splendid bounty during the hot summers of South India.

I believe drumsticks are our super food and slow food rolled into one. Have you noticed how lunch slows down when we have a drumstick preparation? Everybody at the table is engrossed in drawing out the fleshy part from the skin and, at the end, we are left with a pile of skins and a relaxed feeling.Chew on this…

Every part of the tree is rich in curative properties. Summer is when the tree starts fruiting copiously; at other times of the year, the leaves and flowers are available. In his book Medicinal Secrets of Your Food, Aman writes that soup made with tender drumsticks can be used for relief from rheumatism, cold, impotency, urinary stones, enlargement of spleen and liver. Drumsticks are much favoured in Ayurveda and used regularly. The leaves are packed with vitamin C content. According to Aman, a handful of leaves provide as much calcium as 900 gm of almonds or 20 hen’s eggs, and a cup of moringa leaf juice provides Vitamin C equivalent to six limes … this list goes on. The dried seeds of moringa are an effective water purifier.

The West has caught on to the splendour of this miracle tree. I know many farmers who have orchards of moringa trees, harvested regularly to supply moringa leaf to processors who shade dry the leaves and make moringa tea or moringa soup powder. Both have become much-in-demand super drinks now. How nice it would be if every garden or community space had a moringa tree with enough fruit, leaves and flowers to feed one and all.